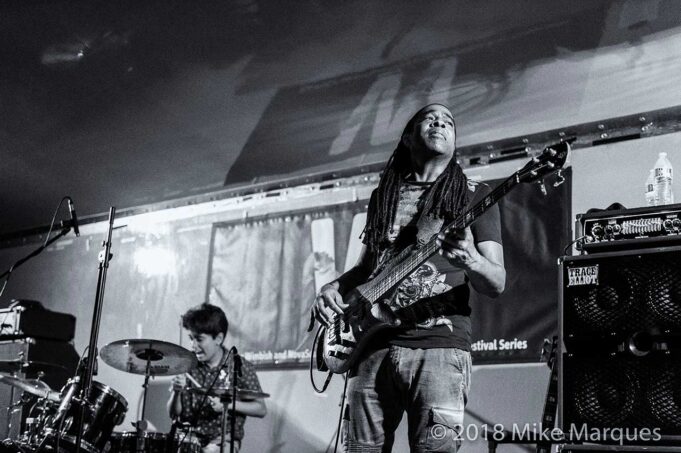 Rap Innovators Invade Sully’s Pub and Tiki Bar for the

This year’s line-up includes the legendary innovators of Hip Hop, Wonder Mike & Master Gee of The Sugarhill Gang, most famous for the classic “Rapper’s Delight” (1979), which was the first rap song to hit the American Top 40 and is widely acknowledge to be the first hip hop record made. The Englewood, NJ band also had a subsequent slew of European hits.

The man behind this yearly event, bassist Doug Wimbish, best known for his membership in the band Living Colour as well as the Sugar Hill Band, will be performing. Wimbish is considered to be a pioneer in hip hop bass playing and in the use of bass effects, alternate tunings and extended hand techniques. As a member of Living Colour, he mixed jazz, funk, hip hop, hard rock and heavy metal with personal and political themes such as racism in America. After Living Colour, Wimbish continued as a studio bassist in London and released two solo albums. Wimbish has played with a wide array of artists, including Jeff Beck, Mick Jagger, Madonna, Billy Idol, George Clinton, Depeche Mode, Joe Satriani, and Mos Def, to name a few.

Guitarist-singer-songwriter-film score composer and record producer, Paul Pesco, will also be taking the stage. Having played with Madonna and Steve Winwood, Pesco is also known for his work with Hall & Oates and many others. A newer generation of musicians will also be represented, including 11 y/o guitar prodigy Brandon Niederauer “TAZ,” Brandon, who is known for his stinging guitar leads and his ability to jam note for note with the best guitarists around; Brandon will be performing with his bassist older brother, Dylan Niederauer.

Sully’s Pub and Tiki Bar is Hartford’s destination for live music and Lena’s famous pizza pie. Known for their dedication to support original music on every level of society, Sully’s prides itself on standing on the front lines of musical evolution.  Tickets to the Wimbash Music Festival are only $11 and are available at SullysPub.com.