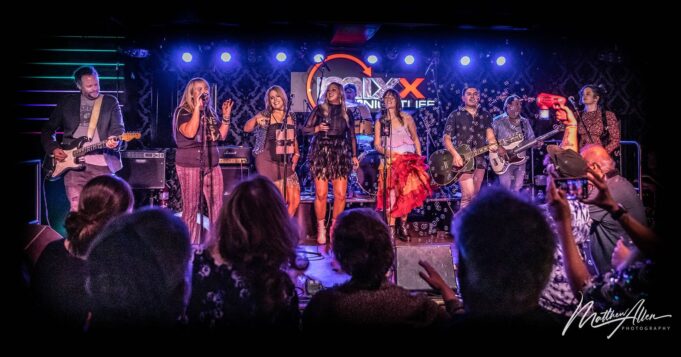 The event was held in Malden MA at MIXX 360, a nightclub in a mixed use entertainment complex on the north shore of Boston, about thirty minutes north of the city. This is the third time that the awards show has been in Malden after meandering all over New England including stops in Foxboro, Lowell and its original inception in Boston proper.

Last year the pandemic eliminated the celebration, but hundreds of people came out to support the New England music scene and to laud it’s most accomplished members.

Erin Harpe Country Blues duo took home the award for Album of the Year for their celebrated release, Meet Me in the Middle. Harpe has long been a staple of both the Boston music scene and the New England live music scene, both in her various blues configurations (the Delta Swingers is the larger band, Country Blues Duo is more intimate), and her long standing electro funk dance band Lovewhip.

Annie Brobst was a big winner with trophies for Act of the Year, Country Act of the Year, and Song of the Year. Not coincidentally she and a band were the headliners of the performance part of the night with a raucous close to the ceremony.

Congrats to all of the winners and nominees. See you next year.