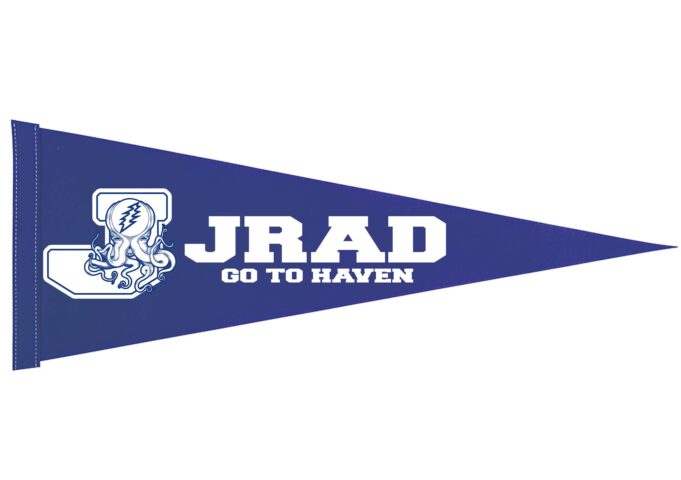 On Father’s Day Sunday, Joe Russo’s Almost Dead made their final appearance at the Westville Music Bowl for the weekend. And though the phrase, “Never miss a Sunday show” has been handed down through generations of Dead Heads, it’s often hard to explain the exact superstition behind it. There are those among us who believe Sunday to be the least fun of a weekend run, considering the physical exhaustion we likely feel at such point. However, there are those who believe in the magical properties of a Sunday show, knowing full well of the shock and delight it might hold.

As Evan and I perused the merch stand one last time and seriously considered buying the Westville throw blanket, we heard horns rising from the din of the crowd. We hustled toward the music just in time to catch Jordan McLean on trumpet, Raymond Mason on trombone, John Altieri on tuba, Stuart Bogie on clarinet, and Cochemea Gastelum (The Dap-Kings) on baritone sax waltz through the stadium, marching band style.

We followed the parade of musicians down the steps and watched them proceed onto the floor. They mingled with the jubilant crowd momentarily before making their way onto the stage. The horn players took their position at stage right where they were joined by Scott Metzger, Dave Dreiwitz, Joe Russo, Tom Hamilton, and Marco Benevento. The group opened Set I with “Iko Iko,” which was accented perfectly by the dancing horn section.

“China Cat Sunflower” followed, along with “Ophelia,” which featured incredible work by trumpeter, Jordan McLean and saxophonist, Stuart Bogie. The crowd sang along to the classic Band tune with Scott Metzger asking, “Ophelia, tell me what went wrong?” The show took an unexpected turn next when the band performed “Operator,” the first song on the Grateful Dead’s beloved American Beauty album.

“Operator” was sung by Marco Benevento, who additionally added his keyboard finesse to the number. The band then picked up with a jam that taunted and teased the crowd for some time. Several whispers were thrown around. “Box of Rain? Bird Song?” These were the inquiries of my own mind.

Suddenly, the ten musicians took a death-defying leap into “Why Don’t We Do It In The Road?” The crowd surged and swiveled with excitement as the band followed with “Hard to Handle,” featuring an organ jam by Benevento, some striking work by McLean on trumpet, as well as some spacy guitar work by Metzger. The band ended set one with “Casey Jones,” which featured a high energy outro jam by the guest horn section.

Before leaving the stage, Joe introduced the horn section and thanked them for being part of Sunday’s show. Next, he introduced the band and promised to be back after a short intermission. The crowd took set break as an opportunity to catch their breath, wipe their brow, and take a swig of something cold and wet. Temperatures had dropped since the start of the show, but not by very much. Joe Russo’s Almost Dead had torched the Bowl and we were all feeling the resonating heat.

Set II began with “Alabama Getaway” followed by “Feel Like A Stranger,” featuring incredible vocals by Metzger, and a saxophone solo by Stuart Bogie. The bridge jam had an intergalactic jazz quality as well, due to some interplay between Dreiwitz and Bogie. Next, the band gently transitioned into “Mississippi Half-Step Uptown Toodeloo” sung by Hamilton. Metzger then led the band into a spacy jam which featured scale duels between Benevento and Hamilton.

Joe Russo brought the jam into “Good Lovin’”, at which point the entire horn section returned for the rest of the show. With the addition of the horn section, the band brought out all of the aspects of Latin and world music that exist within the song.  The crowd danced like wildfire across the Astro Turf and in the stands as Cochemea Gastelum went into an impressive flute solo.

Following “Good Lovin’,” the band performed “Let It Rock” by Chuck Berry and played by the Jerry Garcia Band followed by “Roadrunner”. Both songs definitely showcased the vocal and instrumental abilities of Hamilton. At the close of “Roadrunner,” Joe introduced another special guest to the stage, which was none other than violinist, Katie Jacoby.

Jacoby who was donned in a bright red sundress, helped the band perform “Rag Mama Rag” next to her husband Scott Metzger, who sang the song with joy in his eyes and a big smile on his face. The song featured an energetic, flawless violin solo by Jacoby and piano solo by Benevento.

Another highlight from Set II was a long-lasting “Cats Down Under the Stars”. This was only the second time I had seen the band perform this number, but it appears they enjoy heavily jamming it out. The band ended their set with “CC Rider,” which featured classic blues vocal technique by Metzger.

After thanking the band, the special guests, and the crowd, the musicians left the stage. They returned moments later and took their positions once again. The horn section led the group into “The Night They Drove Old Dixie Down,” sung by Hamilton. As the encore came to a close, Joe grasped his microphone again and thanked the crowd saying, “Hope to see you in July!”

22 *The Night They Drove Ol’ Dixie Down