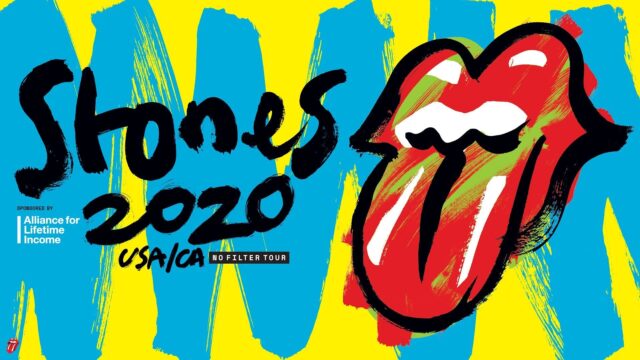 This morning on their website they posted this announcement, “IT’S A NEW YEAR, A NEW DECADE AND WE’RE THRILLED TO ANNOUNCE A BRAND NEW ROLLING STONES NO FILTER 2020 USA/CA TOUR! MICK JAGGER, KEITH RICHARDS, CHARLIE WATTS AND RONNIE WOOD WILL BRING THE NO FILTER TOUR TO THE FOLLOWING STADIUMS THIS YEAR.”

Without irony, the tour is sponsored by the Alilance for Lifetime Income.

The Stones tour last year had some dates postponed while singer Mick Jagger’s health was rocked by his need for cardiac surgery. He made a quick recovery and the band hit the road for one of the biggest tours of the year.

The lineup is to include Jagger, Keith Richards, Charlie Watt and Ronnie Wood.

On their facebook page they announced, “It’s a new year, a new decade and we’re thrilled to announce a brand new Rolling Stones NO FILTER 2020 USA/CA tour! 🎸🎉 🎸

There will be a special fan presale starting on Wednesday Feb 12 at 10am (local time) through to Thursday Feb 13 at 10pm (local time) –
sign up here to get access: https://the-rolling-stones.lnk.to/USACAPRESALESo

The No Filter Tour So Far:

May 24: Austin — Circuit of The Americas

Drop us a line at lmnandr@gmail.com with your live music news and live show reviews.