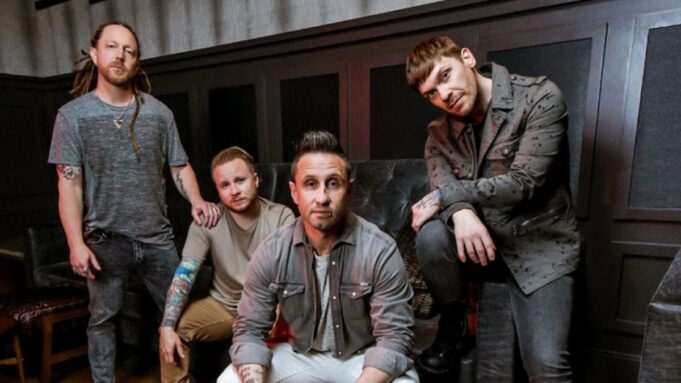 Multi-platinum rock band Shinedown has announced their Shinedown: Deep Dive Tour, an intimate run of Spring 2020 dates that will see the band diving into their extensive catalog to perform an array of deep cuts and B-sides along with their biggest hits. Kicking off April 15th in Chattanooga, TN and wrapping May 19th in Las Vegas, NV, the tour will include stops in Memphis, Houston, Austin, back-to-back nights at the House of Blues in Dallas, San Francisco, Los Angeles at the legendary venue The Wiltern, and more. The tour will also feature headlining festival appearances at 98 Rockfest in Tampa and Earthday Birthday in Orlando.

Shinedown’s new music video for current radio single “ATTENTION ATTENTION” serves as the next visual installment in the story of the ATTENTION ATTENTION album, which has racked up more than 286 million global streams, simultaneously hit #1 on Billboard’s Alternative, Top Rock and Hard Rock Albums Charts, and debuted Top 5 on the Billboard 200.

Recent hits “GET UP,” “MONSTERS” and “DEVIL” bring Shinedown’s total to 14 #1s on Billboard’s Mainstream Rock Songs Chart, the second most in chart history. The story that unfolds on their latest album ATTENTION ATTENTION (Atlantic Records) – their most personal, poignant, and powerful body of work yet – is an enduring statement about the resolve of the human spirit, touching on themes such as mental health, overcoming struggles, not being afraid to fail and the importance of our human connection with one another. Speaking to the human spirit in a time of need and inspired by Shinedown bassist Eric Bass’ struggle with clinical depression, “GET UP” quickly became a crossover hit and a beacon of light for listeners around the globe, with its urgent and universal message of hope, empathy and encouragement. PRESS HERE to watch the stunning video for “GET UP (Piano Version),” propelled by the undeniable power of Brent Smith’s voice.

Shinedown will close out 2019 overseas, joining Alter Bridge (along with Sevendust and The Raven Age on select dates) on their UK/European tour kicking off November 12th in Denmark. The tour follows their North American run which saw the band selling out arenas and receiving rave live reviews, backed by their biggest, most eye-popping production yet.

Drop us a line at [email protected] to submit your review or story.