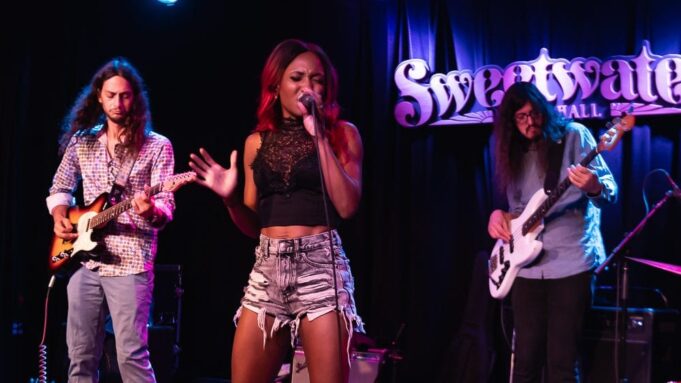 Words and Photos by Justine Willard

This was Southern Avenue’s first time headlining a performance near the San Francisco Bay Area in a couple of years and it was an intimate show with a great crowd showing their support for the band. Their last appearance had them opening for Galactic at the Warfield but on this night the stage was all theirs.

To start the night they performed “Whiskey Love” a song from their newest album Keep On that was released in May. Throughout the night Tierinii was effortlessly dancing around on stage, encouraging the crowd to join in with her and the band. In each of their songs, there are places where each member of Southern Avenue can show off their talents.

Halfway through their set, they performed “Rock Steady” by Aretha Franklin. A great original, “Too Good For You” followed and to me, this is a song about loving yourself and knowing your worth. The show also also included a cover of the Beatles’ “Come Together” with Southern Avenue’s unique spin.

To end out the night they sang “Don’t Give Up” a song from their debut self-titled album released in early 2017. This song is a great way to end out their sets as it is truly anthemic and a real positive way to close the night and send us all into the night. The crowd surprised the band by joining in and singing the chorus and clapping along to the beat.

Throughout the night, the band appreciated the energy and enthusiasm from the crowd. This was a great night with fun and catchy music. Southern Avenue’s set lasted ninety minutes but with everyone having so much fun- the time truly flew by.

Here is a little sample of Southern Avenue’s music: