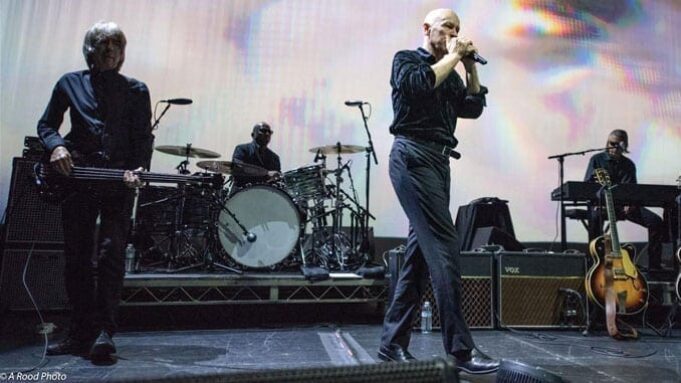 The The The Palladium Los Angeles, CA September 25 2018
Review by Michelle Nati Photos by Stevo Rood

From the video channel of Telez4 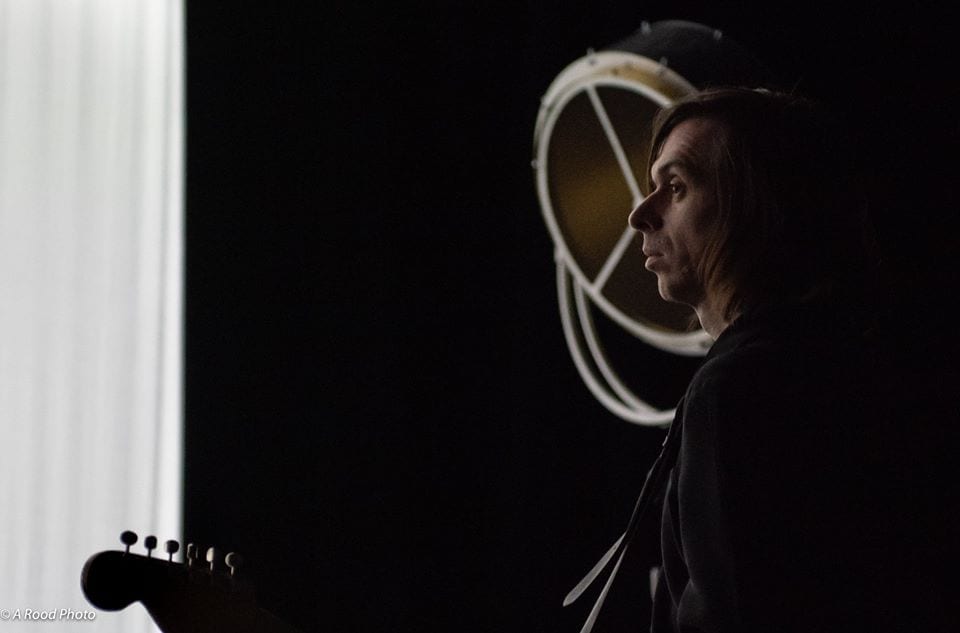 Johnson left the music business behind for eighteen years, but returned to eager crowds, a sold-out tour (two nights of which were in Los Angeles, the first of which was at the John Anson Ford Theatre), and a newly formed backing band to play songs from throughout The The’s career, including classics from stand-out albums “Soul Mining,” “Infected,” and “Mind Bomb” among others.

Three decades after their release, much of The The’s music is more timely 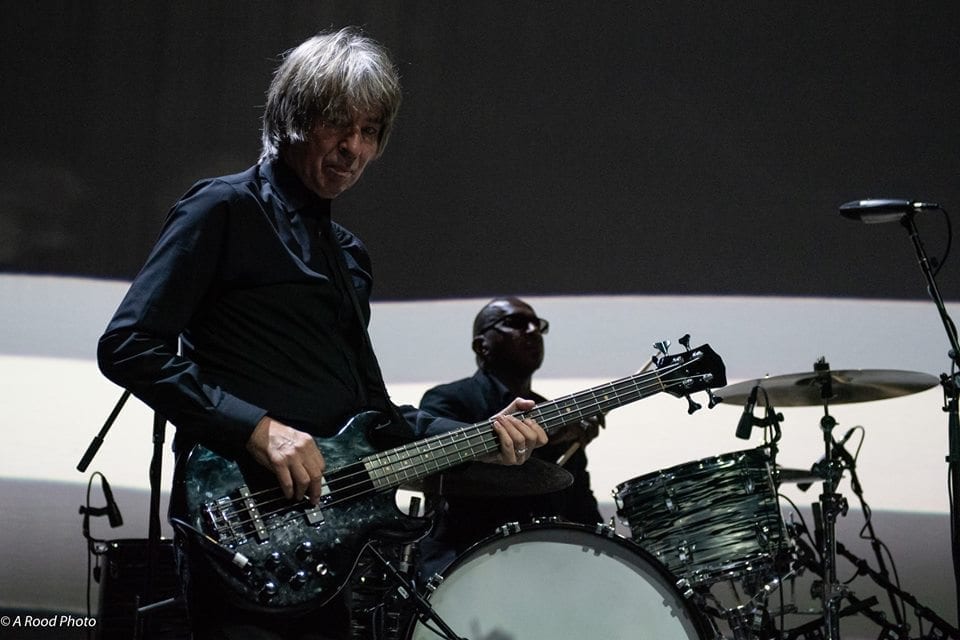 than ever. Even Johnson admitted, unfortunately, little has changed: “The songs are quite old but the lyrical subject matter is still pertinent, which is good for me but unfortunate for the state of the world.” The The, also featuring Barrie Cadogan on guitar, DC Collard on keyboards/melodica, James Eller on bass and Earl Harvin on drums, were warmly received by the crowd as they plowed through favorites including “This Is The Day,” “Infected,” “Heartland” and 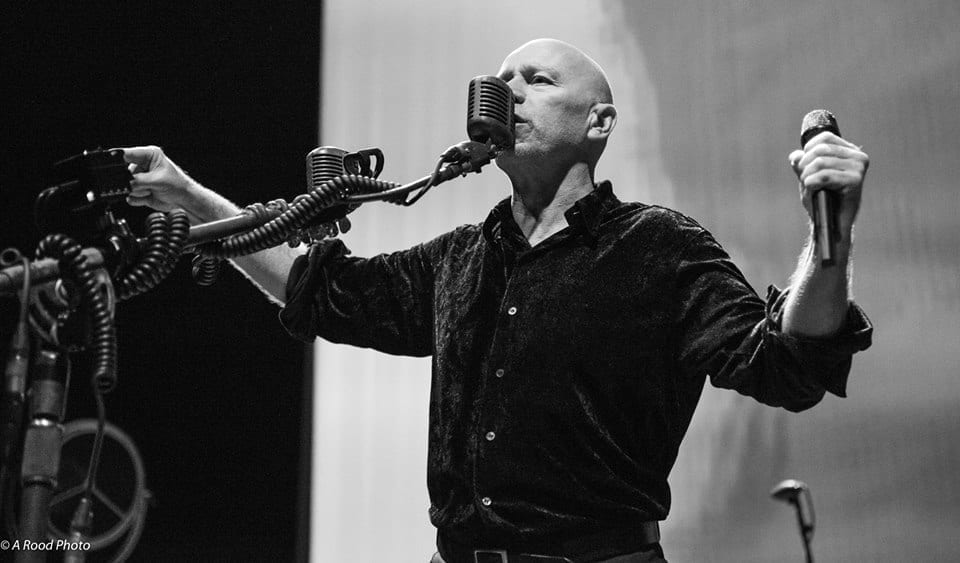 “Uncertain Smile” which had the audience rapt and dancing. Buoyed by Collard’s lengthy piano solo, it was a true testament to how dearly missed The The have been. Welcome back. Set List: Global Eyes Sweet Bird of Truth Flesh and Bones Heartland The Beat(en) Generation Armageddon Days Are Here (Again) We Can’t Stop What’s Coming Beyond Love Love Is Stronger Than Death Dogs of Lust Helpline Operator This Is The Night

This Is the Day Soul Catcher Bugle Boy Slow Emotion Replay I Saw the Light(Hank Williams cover) Helpline Operator Like A Sun Rising Infected I’ve Been Waiting for Tomorrow (All of My Life) Encore: True Happiness This Way Lies Uncertain Smile Lonely Planet 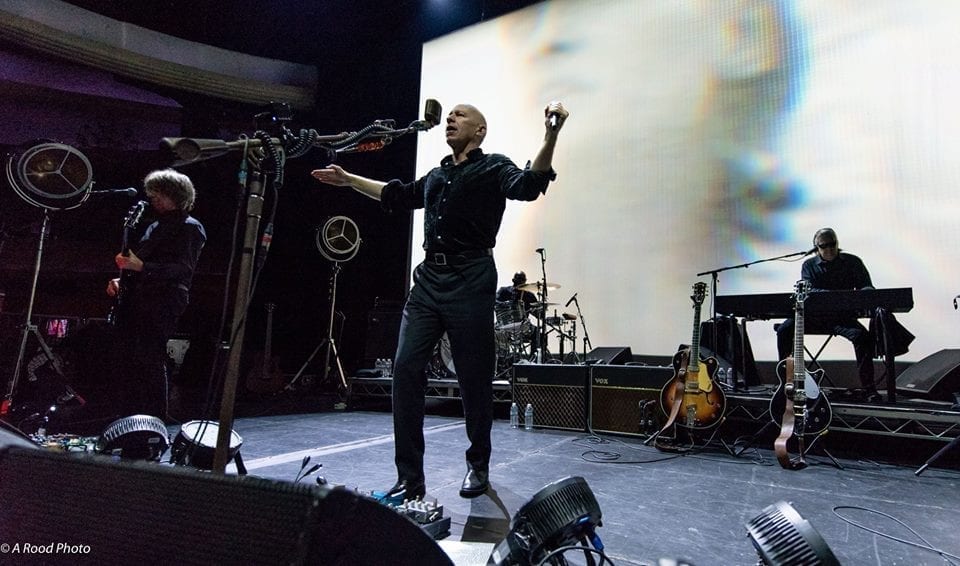