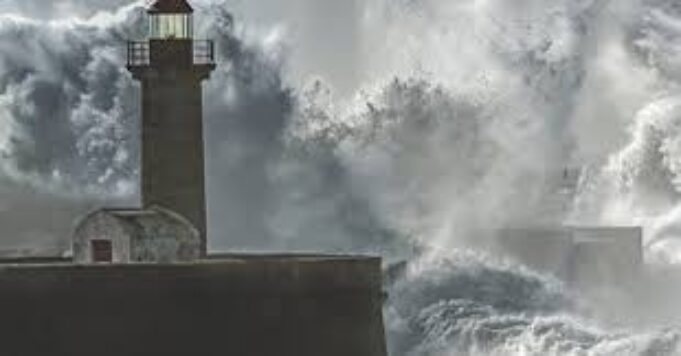 With “The City,” David Crosby has come up with a nearly five-minute mini-suite to sing the praises of New York City.
“The City” is the second and latest single from Lighthouse, due Oct. 21. Crosby’s been teasing the album as he works his way through a U.S. tour that ended  Aug. 31 in Chicago before a string of Canadian dates that continue through Sept. 15 (see below).

The City opens with dueling riffs plucked from acoustic guitars. Crosby soon begins singing about the city that never sleeps as a woman he first saw on a movie screen when he was a kid. On the second verse, Crosby alludes to canyons of concrete, and the analogy comes into focus.

When the verses give way to wordless, stacked harmony vocals, the chorus emerges: “Like a wind/like a flame/she plays be the rules of her own game/she can’t lose/you can’t win/all you can do is your best to stay in”  With that, the electric guitar that had been dancing around in the background pierces through the cloud the acoustic guitars for a short solo.

As the song moves toward the coda, “The City” starts to sound uncannily like an old James Taylor tune with a melodic run on the neck of Crosby’s acoustic as he sings over more piles of harmony: “Leave a light on/leave a light on/all/night/long,” he sings again and again before “The City” fades to darkness on a short, sustained note. Crosby employs brief moments of silence between sections to adding a bit of drama to the otherwise-serene track. In “The City,” the 75-year-old Crosby sounds like a musician still anchored in his musical prime.

Legendary singer-songwriter and social justice activist David Crosby is a two-time Rock and Roll Hall of Famer, inducted as a member of both the iconic folk-rock band The Byrds – with whom he first rose to stardom – and the iconic Woodstock era-defining group Crosby, Stills & Nash.

A native Californian-and son of an Academy Award-winning cinematographer-Crosby originally intended to be an actor when he moved from Santa Barbara to Los Angeles in 1960. Music prevailed, however, and Crosby began his career as a folksinger, playing clubs and coffeehouses nationwide. Back in L.A. in ’63, Crosby formed The Byrds with Roger McGuinn, Chris Hillman, Gene Clark and Michael Clarke, winning widespread recognition for his songwriting and charismatic presence. Driven by hits including “Eight Miles High,” “Turn! Turn! Turn!,” and a cover of Dylan’s “Mr. Tambourine Man,” The Byrds’ signature electric folk-rock influenced countless musicians to come.

Crosby left The Byrds in 1967 to embark on a lifelong collaboration with Graham Nash and Stephen Stills. Renowned for vocal harmonies, stellar musicianship and timeless songs, Crosby, Stills, & Nash (CSN) have been called “the voice of a generation,” and were GRAMMY-honored in 1969 as Best New Artist. The trio’s self-titled debut album introduced classics including the Crosby-penned tracks “Guinnevere” and “Wooden Ships”-today, it is included on Rolling Stone’s list of the 500 Greatest Albums of All Time. Crosby continues to tour and record with CSN, as well as with Crosby, Stills, Nash & Young, and as a duo with Graham Nash.

As a solo artist, Crosby debuted with the 1971 masterpiece If Only I Could Remember My Name, recently reissued as a two-disc set featuring a 5.1 mix, video footage, and other bonuses. David Crosby also performs and records with CPR, the jazz-flavored trio he formed in 1995 with his son James Raymond and Jeff Pevar.

Centre In the Square, Main Hall