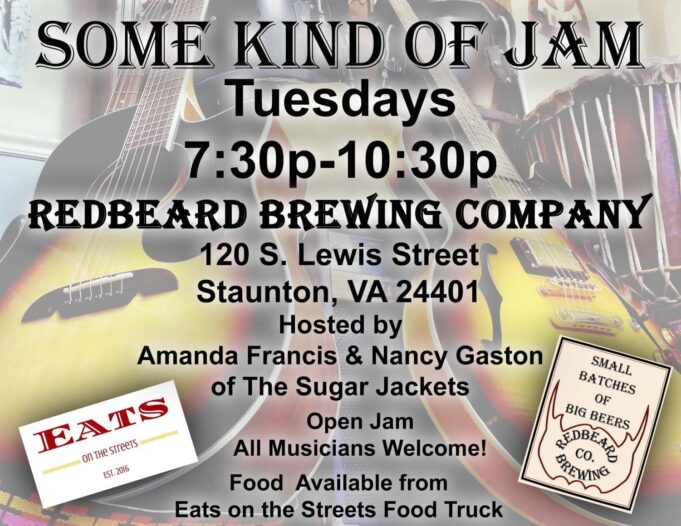 Some Kind of Jam 10 is a full weekend music and camping festival, featuring over 30 musical acts on 4 stages, workshops, food and craft vendors, and a myriad of activities.  Presented by Jibberjazz Productions, the festival will take place from April 24-26, 2015, in Schuylkill Haven, PA.  As always, Jibberjazz will unleash a vast array of musical styles including: Jam, Funk, Folk, Bluegrass, Americana, Rock & Roll, Blues, World, Reggae, and more. Jibberjazz artists are drawn from various pockets of the USA.

Since 2005, Jibberjazz festivals have drummed up a buzz in the underground by showcasing a truly diverse musical-lineup that blends heavy-hitting out of market bands, national acts, and up-and-coming regional talent. Their festivals have developed a dedicated fan base in the region and continue to grow in

intensity and attendance, season after season. That trend will continue into 2015 and beyond, as they continue to produce 3 music and camping festivals per season in their quest to find “Tomorrow’s Headliners Today.” Creative line-ups, killer music, and good people are what Jibberjazz is all about.

SOME KIND OF JAM 10 Lineup:

Particle began its journey in Los Angeles in 2000 as one of the key pioneers of the emerging ‘livetronica’ music scene. The band created a signature sound that combined elements of Electronica, Funk and Rock with a heavy emphasis on improvisation and sonic exploration, and their influence can still be felt and heard in many of today’s top touring Jam and EDM/Funk bands. Always striving to

After twelve years of touring The Motet have refined their sound into a dynamic and expressive force, unleashed by an astonishingly talented cast of musicians. The group is now the strongest and most cohesive incarnation of the band yet, showcasing a powerhouse line-up. With roots in funk, afrobeat, disco, jazz, and soul, The Motet keep their audiences in a dancing frenzy by layering rhythms into a style that is uniquely their own. In an age where EDM towers over the dance music scene, The Motet has proven time and again that they can rock a dance party with a beautiful blend of live instrumentation and electronics.

Video: Consider the Source at Some Kind of Jam 9

Hayley Jane and The Primates

Some Kind of Jam 10 offers many different activates to keep attendees busy.  The Kids Area offers art making, make an instrument to play along with Ratboy Jr., make jewelry, and most importantly, GET SILLY! A wide variety of workshops and activities, including safety, yoga, wellness, musical, and educational, will take place throughout the weekend.  There will be a roaming Open Mic Mobile, with an acoustic guitar and mic provided.  During daylight hours, there will be a soccer goal, horseshoe pit, bocce, a basketball hoop, and a host of other random games

taking place all over the grounds.  Bear Creek is accessible and usable for fishing with a valid permit.  Also, besides the various hiking trails that border the fairgrounds, The Appalachian Trail crosses route 183 less than 5 miles south of the festival site and Hawk Mountain Sanctuary is about 14 miles from the fairgrounds as well.

Presale tickets are available through the JibberJazz website and include a full weekend of camping and music. Presale tickets are $70, costing $90 at the door.  Beginning at sunrise on Saturday, overnight passes will be available at the gate for $60 each.  Patrons can access the grounds as early as 4:00PM, Thursday, April 23 for an early arrival party for an additional fee of $10 per person.  Children 12 and under are free-of-charge, accompanied by legal guardian.  Parking fees are $5 for regular sized vehicles, and $10 for larger vehicles or ones pulling trailers.

Additional Jibberjazz festivals are scheduled for both June and September 2015.

For updated information about this event, visit the Facebook page.