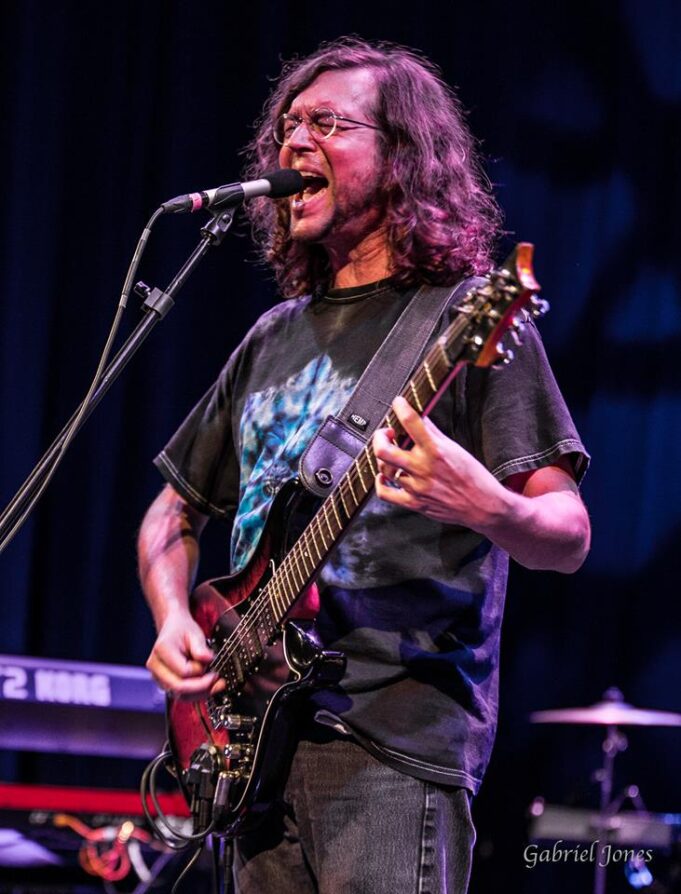 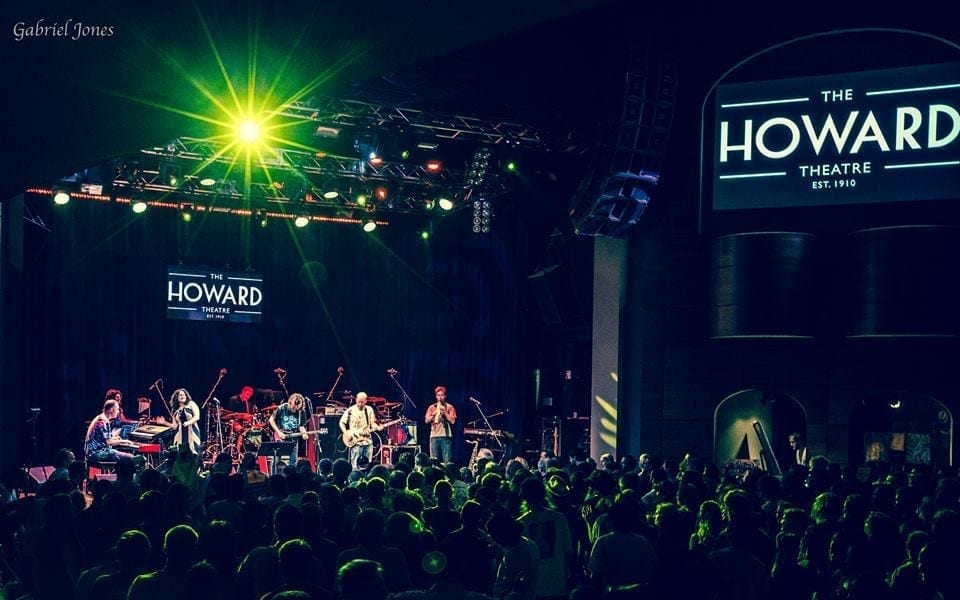 After Furthur, Kadlecik pours on the love for Garcia to his hometown crowd.

John Kadlecik, who plays lead guitar on the national stage in the band Furthur, with Grateful Dead members Bob Weir and Phil Lesh, sure brought it home Thursday to a very “grateful” crowd at the historic Howard Theater in Washington DC.  Kadlecik continues to show passion and reverence to the music of the Grateful Dead while evoking his own style and vision with a packed house in the John K Band’s now annual tribute to Jerry Garcia on his 71st birthday.   Playing in the late Jerry Garcia’s position with Furthur and before that with Dark Star Orchestra, a tall order to say the least, John could have painted himself into a box as the fill in guy for Garcia.  But the mild mannered guitarist has managed to raise the bar within this genre instead of being cornered by it. Much like Jerry, his earnest desire to be inventive and improvisational and a student’s interest in learning new things has put him in a class all his own.   August 1st 1942 is a date that for many, including the crowd gathered at the beautifully restored venue, changed their lives in a dramatic way. Kadlecik again shined a light on and breathed life into the Grateful Dead’s legacy, with a set of music that reached deep into the Dead’s soulful catalog largely written or fundamentally influenced by Garcia. 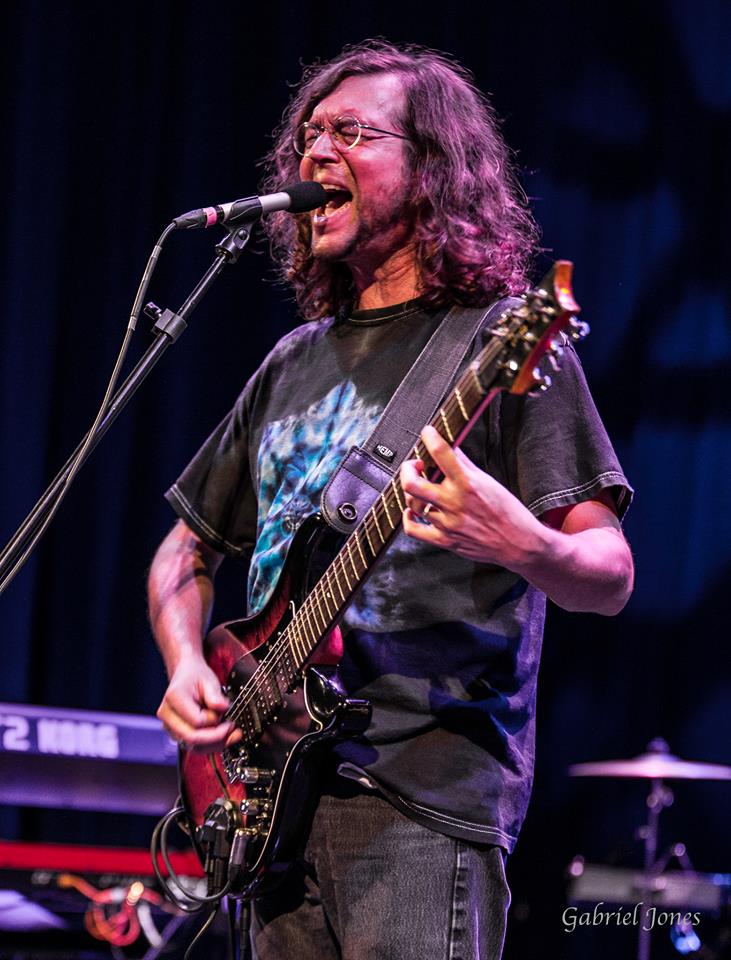 I spoke of John’s passion, but let’s talk about love.  Right from top John’s choice to open with a trio of tunes with a clear theme of love, set things off to an appropriate sweetness. Beginning with a favorite cover of Garcia’s, How Sweet It Is (to be loved by you), staying in that vein with Garcia’s beautiful They Love Each Other, into a classic that the Jerry Garcia Band loved to do, I Second That Emotion. Kadlecik was exquisite on this!  The entire set was magic from there and it really paid deference to the late great guitar player with a set that Jerry might have chosen himself.   Matters of the heart, the kindest of what humanity offers on a universal altruistic level, are mysterious. The fragile pangs of unrequited or lost love are familiar in many songs, but the human heart’s strength is equally compelling. Weather it’s the troubadour wandering the desert in search of identity and finding transformation there; or the young woman who stows herself away on a war ship–concealing her identity, she disguises herself as a man in order to search for her love who lies dying on the battlefield. If anyone embodied the ability to tell these stories, these ballads, earnestly evoking the essence of the human heart, it was Garcia.

Kadlecik’s years of studying Garcia’s improvisational brilliance shows certainly in his chops and touch on the six string guitar, but more so in his own open heart to music that seems to have changed him as musician, and If I were to guess, as a man as well.   Joining JKB’s 2nd annual celebration of Garcia were two other well-established bands that play regionally. The U-Liners and On The Bus were on hand to help out at last years awesome sold out show at The Hamilton–another really nice DC venue–and this year they were both back for more.   All three bands played a full set with JKB acting as host, but musicians from all three sat in with the others throughout the evening. The atmosphere was intimate and very friendly all around. In fact, a majority of the audience was made up of close friends, connected either through knowing the band members directly or from seeing one another at the   shows as the bands perform around the area often. It was obvious that fun was had by all, a “Jerry love fest” indeed! 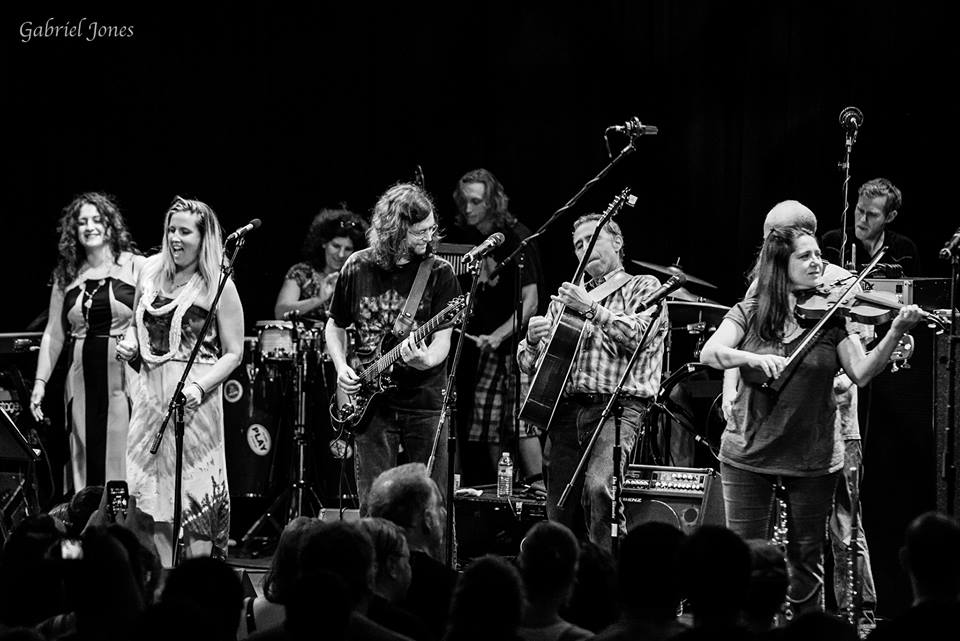 Personally I can’t wait till next year, but check your local music blogs for these band’s schedules and two more: Ten Feet Tall, bassist (JKB) Larry Joseloff’s other band is awesome with a funk buzz that’ll have you dancing all night and Djesben–jazz band in Javanese (percussionist Katy Gaughan’s other band), a trio of truly amazing musicians that have just put out their first CD!  Beautifully recorded, this music is absolutely ethereal!  Sweet creative original music, it is Afro-world meets Grateful Dead jazz meets Bossanova meets…well just buy it! I don’t have the space here to describe them properly folks, but Djesben’s eclectic, rock-n-jazz, super cool music will blow you away!

To contact them and get Djesben’s brand new CD “Dream”: Djesben.com, or musichealsus.com, or katygaughan.com, or check with your local music store.

Check out Eddie Zuckerman’s review of the 2013 Bear’s Picnic which also featured the John K Band along with many others.

Check out the review of the Furthur show from Boston summer of 2013 here.