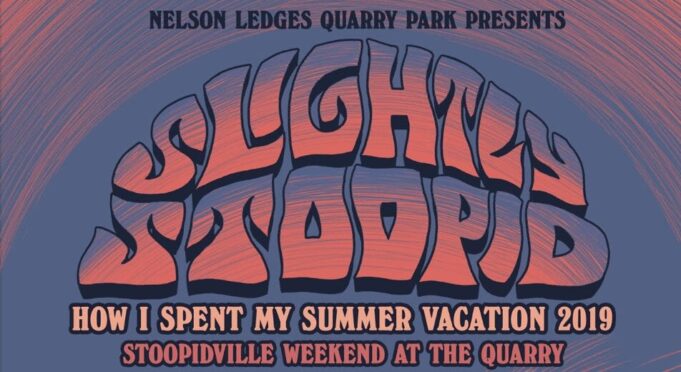 Nelson Ledges Quarry Park, eastern Ohio’s premier vacation destination, is thrilled to announce that legendary California fusion jamband Slightly Stoopid and friends will take over the park for their “Stoopidville Weekend at the Quarry” event as part of the band’s “How I Spent My Summer Vacation Tour 2019.”

Not only will festival attendees enjoy two nights of music, but the park is also pleased to offer hiking, biking, camping, swimming, cliff diving, sunbathing, sand volleyball, full-court basketball, food vending, and so much more. Make your plans now to celebrate summer, Slightly Stoopid & the festival season at the Quarry! Buy your tickets at this link and RSVP to the official FB event here.

Slightly Stoopid is an alternative rock band hailing from San Diego, California, USA. The band formed in 1995 and its eclectic brand of summery, genre-blending rock & roll has made them one of the biggest cult bands in American rock music.

Matthew Paul Miller, better known by his stage name Matisyahu (which means “Gift of God” in Yiddish), is an American rapper and reggae musician who rose to international fame in 2010 with his single “King without a Crown.” He has just released his fifth studio album, named Akeda.

The scenic Nelson Ledges Quarry Park is a great place to camp, swim, hike, sunbathe, attend music festivals, or just plain hang out. The park is a beautiful landscape made up of 250 acres of forest, meadows, streams, rock ledges, fishing lakes, and of course the quarry itself. There are also more than 400 campsites, some deep in the woods, some along the Quarry, and others in secluded meadows. Nelson Ledges is an ideal venue for weekend-long music festivals and is rolling through its 2019 season with gusto.