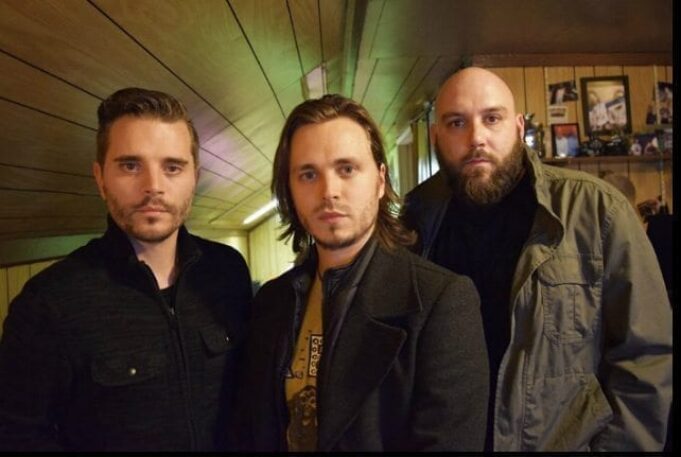 Written by: Jack Jolieri from Rubix Wheel     To Submit a review or story for consideration hit us at [email protected]

Blameshifter is a six song EP worthy of praise from the music community.  Jonathan writes with passion and grace as the songs unravel personal tales of Spiritual and Earthly vibes.  The new EP begins with a bang, guitars and the band wildly soling into an upbeat song called Ascending.  The song speaks about a person who’s beauty is Ascending and that person is worth defending.  This song is Alternative rock at it’s finest.  Reminiscent of Miles Kennedy’s voice or the band Kula Shaker, the vocals are stellar and the song is full of guitar hooks to energize the listener. Blameshifter is the second song and it contains just as much vitality as Ascending.  The production and songwriting that went into making this EP are super professional, and as a three piece I find this band astonishing. Jonathan taps into his mellow side on song three, Alleluia, an acoustically driven song that speaks from the heart.  The songs talks about the parallels of a world gone mad and the spirituality that keeps us grounded.  The singer mentions a negative point about the actions of society and then says Alleluia.  Creative lyrics that showcase the singer’s faith in God make for a nice break to the fast paced music that starts the EP.

Check out this review of the Columbus OH show with Beat Root Revival here.

On the fifth song, Wasteland, Jonathan plays piano and sings while the band backs him up.  The song is about someone running away from his Father’s house.  At some points it seems as though the character is also running away from his Father’s eyes.  Both spiritual and life lessons can be gained from this song.  It’s rather mellow as well.  Is the protagonist running away from God?  Is it a teenager who is running away from home?  The answer is in the listener’s head.  Many people run away from the rigidity of a family life, seeking answers in the society of friends and strangers.  Others run away from God, seeking a solution through drugs and alcohol. On song six, Unchained Melody – Live from the Grand Ole Opry, Jonathan’s awesome voice hits all the notes on point, caressing the emotions that this song contains.  You can actually hear the crowd clapping during the difficult parts, which Jonathan and the band perform flawlessly.  This is a very moving cover of an iconic song, and it brings the listener back to the powerful emotions this song evokes. I researched Jonathan Jackson before writing this Preview.  He is a believer in God and he also decided at a young age not to drink or do drugs.  He’s been a professional actor since 1994, and a professional musician since 2000.  His brother plays in his band, and Jonathan currently stars on the hit TV show Nashville. Catch Jonathan Jackson May 20th at the A&R Music Bar in Columbus, Ohio!  Not in Columbus, check out the rest of the dates on this fantastic Tour!