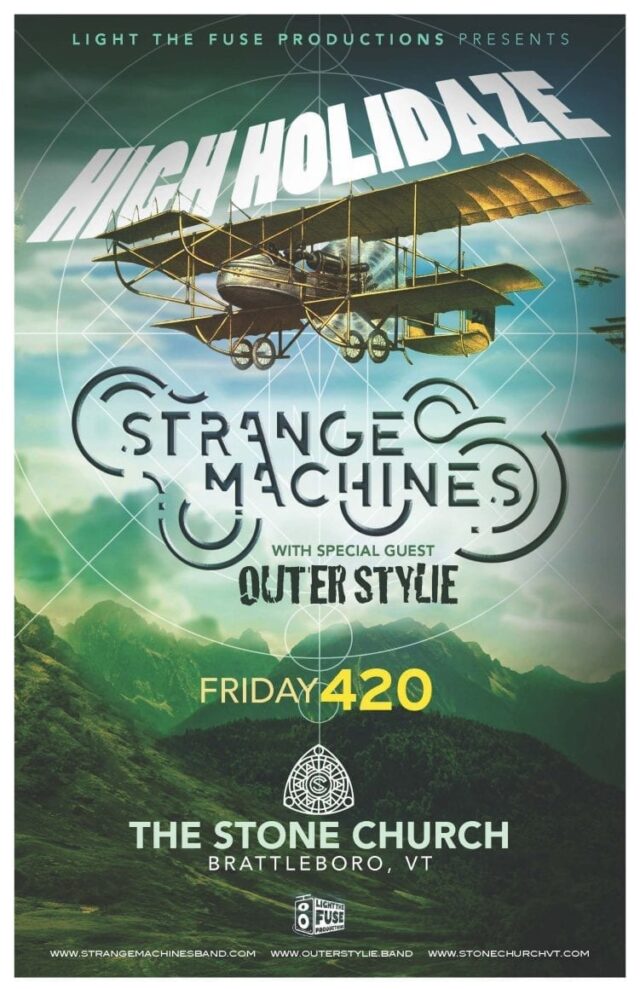 This past weekend I was happy to attend Kung Fu  at The Stone Church in Newmarket, NH on Friday night March 8th.  If you haven’t seen Kung Fu, they are a Northeast jam scene super group compiled of Todd Stoops (RAQ), Tim Palmieri, Chris DeAngelis, Adrian Tramontano (all from The Breakfast), and Robert Somerville (Deep Banana Blackout).  To say that Kung Fu is a powerhouse is an understatement; these guys take fusion to a new level.

I have seen Kung Fu at The Stone Church several times over the past several years, but this show in particular had a certain palatable energy amongst the crowd before the band even took the stage that night. You could tell that everyone was ready for a great show. They opened the night appropriately with a familiar RAQ tune entitled “Loose”, bringing me back almost a decade when I would frequent RAQ shows at The Church. This immediately drew my attention to the music right off of the bat.

Check out the band spotlight on Phil Poggi’s band Superfrog.

The whole crowd was locked in throughout the entire night as the band blasted through composition after composition in their trademark high energy, progressive, funk- fusion style. I am not completely familiar with Kung Fu’s repertoire, but I know I heard some new material Friday night. They played a song I had not heard with vocals entitled “Hollywood Kisses”; evoking slow, heavy riff rock and blistering guitar work by Mr. Palmieri.  Tim Palmieri seems to be in a ton of bands these days from The Breakfast to this band to Z3 with Beau Sasser and Bill Cabone (a modern Frank Zappa trio tribute) to his occassional presence in the Melvin Sparks tribute Sparkplug – he seems to be everywhere one might need a shredding guitar player. I also heard Todd Stoops mention that they debuted a new instrumental song that night as well. I am not sure what the new number is called, but it was a nice treat.

Check out the review of the Kung Fu / Flabberghaster show here.

The musicality that that the members of Kung Fu possess is incredible. As a listener you can tell that the connection that Tramontano and Palmieri have with one another has been nurtured for years and years, it is almost telepathic at times. Todd Stoops has always blown me away as a keys player and vocalist, but his skills really shine brighter than ever in this new and improved group. Chris DeAngeles is a welcome new addition to the band, and completing the trifecta from The Breakfast. He was laying down thick, deep bass grooves all night. Last but not least, Robert Somerville completes the package; laying down smooth, ethereal sax solos and spot on lines with Palmieri and Stoops. All together these guys have a great presence, when they hit the stage you know they mean business!

Looking back at Friday night’s performance, I have to say it certainly exceeded my expectations. It was the best Kung Fu show I had seen to date, and the intimate Stone Church made it that much better. Needless to say I returned the following night for round

Phil Poggi is an ardent music fan, frequent attendee at show at the Stone Church Meeting House, and also a member of the NH band Superfrog.

Check out the band spotlight on Phil Poggi’s band Superfrog.

Check out the review of the Kung Fu / Flabberghaster show here.