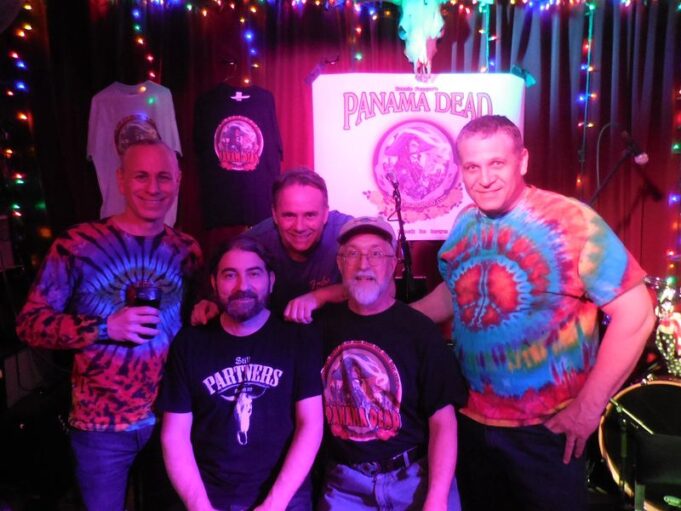 In addition to his work with NRPS, Ronnie Penque was also a lead singer and bass player for Melvin Seals and the Jerry Garcia Band. Penque has also done work with New-York based groups such as Ripple and Stir Fried, and Philadelphia-based groups such as Splintered Sunlight. Panama Dead also features guitarist and singer, Mike Flynn who regularly performs with the Sandy Mack Jamily band. Other members include Jeff Pearlman on keys and vocals, Kevin Johnson of the Penque-Diomede Band, and Wayne Wilson on pedal steel.

This week, Live Music News & Review had the opportunity to chat with Ronnie Penque about touring the East, some new additions to the regular NRPS songbook, and what fans can look forward to hearing on this leg of the tour.

LMNR: What have been some of the highlights and challenges of touring the East these past few months?

RP: This COVID thing has really made it difficult for bands and fans to get out and play and see music. Panama Dead has slowed down a lot as a result of the virus. We have been trying to play shows that the band and fans feel safe at. I think the show at the LNC Event Center is one of those kinds of shows.

LMNR:  Are there any artists you got to meet up with or play with who you hadn’t seen in some time?

RP: Well, there hasn’t been much meeting and seeing these days. When I was touring with the New Riders of the Purple Sage we were always playing with other friends and players. I even got to play double bass with Jack Cassidy a couple of times. That was too cool!

LMNR:   In a 2019 interview with Rob Price of the NJ Herald, you said that the band might eventually introduce newer NRPS material to the setlists. Have there been any additions to the songbook in any of your recent shows?

RP: Yes, we are always adding new songs. A couple of new additions are “Where I Come From” and “Peggy-O” (NRPS Style). “Old Man Noll” is a new one for us as well.

LMNR:  What can we look forward to hearing during your performance at The Lord’s New Church?

RP: We like to play to the audience. With that said, we have been getting some classic old New Riders fans coming to hear the classics as they were played in the late 60’s and early 70’s. We also branch out into some more extended jams like the newer New Riders have recently been doing.  So, you might hear a classic “Portland Woman” Jam from the 70’s or a “Where I Come From” with an extended jam, Panama Dead style.

LMNR: What else can we look forward to from you personally?

Well, I just released a new solo record called “Family Business” that has many of my musician friends featured on it including all of the current New Riders. This is one of Buddy Cage’s last recordings and he rocks. Fans should check it out. It also has a funny little tune that I wrote with Michael Falzarano called “Wookie Kids”. That song has become kind of a big request song. We even play “Wookie Kids” at Panama Dead shows. The cut on Family Business features all of the New Riders including Buddy Cage and David Nelson. I am always writing songs. I don’t have any current plans for doing something with any new tunes and a release yet. I have also been doing some local gigs just for fun.