This summer, Primus will pay homage to prog-rock legends Rush with a “Tribute to Kings”, a cross-country tour that will feature the iconic ‘A Farewell to Kings’ in its entirety. Special guests Wolfmother will be joining the tour, with The Sword and Battles opening select dates.

As Rush fan site Danforth & Pape noted, For Claypool, this will be the latest in a long series of surreal Rush-related milestones. Primus opened for Rush on tour in 1992, and since then the bassist has crossed paths with the prog legends many times. In 2006, Claypool performed at Rush’s Canadian Songwriters Hall of Fame induction, and last year, Geddy Lee sat in with the Claypool Lennon Delirium in Toronto. Europe awaits!!! 😉 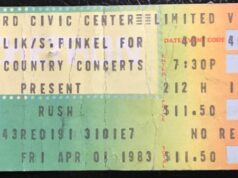 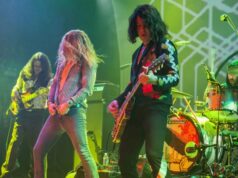 Live Music News & Review was born out of a love of live music and the wish to chronicle the amazing shows happening around the country. Stories and reviews are born both from our editorial board and from readers just like you around the country.
Contact us: lmnandr@gmail.com
5,537FansLike
207FollowersFollow
303FollowersFollow
6SubscribersSubscribe