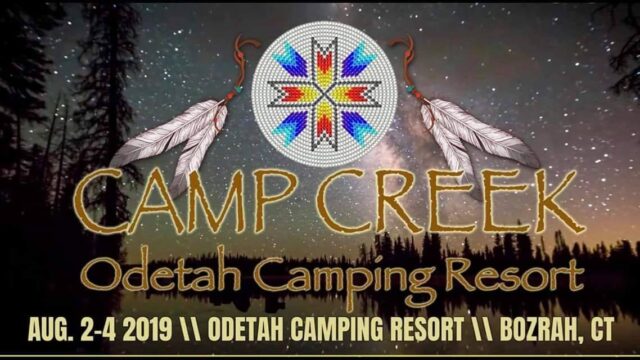 To say that people were excited about Camp Creek was a vast understatement. My social media streams were filled with people, Creek Freaks, who could barely contain themselves. I count myself among them!

There was a bit of traffic as campers were streaming in, but it wasn’t difficult and certainly less than most festivals we attend. I had no troubles finding my lady at her clothing booth (Old 78 Clothing) and my Camp Creek adventure began.

Mark Mercier was already on stage and the set had already begun with his band the Marks Brothers. Lead guitar is handled by Mark Paradis (hence the name) with the band being filled out by Brian Konopka on drums and Dave Stoltz on bass. Starting the event with a Creek band is perfect of course and the band sounded on point!

Audio for the Marks Brothers set:

Up next were the rarely seen band Depth Quartet. Another Creek front line member, Scott Murawski plays lead guitar and vocals. He is joined by former drummer of Max Creek and Jiggle the Handle Greg Vasso who also contributes some vocals, Justin Kolack on bass and vocals, and Julee Avallone on sax, flute and vocals.

The band played a very interesting array of material from originals to covers but a lot of songs that you would not normally anticipate hearing at a jam oriented music festival. Not the least of which was this surprising Billy Joel cover of The Downeaster Alexa with Avallone on vocals.

Billy Joel is a tame choice compared to some of the other incredibly interesting song choices including Super Bon Bon by Soul Coughing / Mike Doughty which is far more assertive than you’d guess you might hear at this event. This concept followed with other interesting covers like Buena Buena by Morphine and the shows closer, too. By the end of this nearly two hour set we were more difficult to surprise so the relative new classic Bulls on Parade by Rage Against the Machine was a little more expected than it would have been two hours earlier. This was followed by a shortened but energetic set closer in Led Zeppelin’s The Immigrant Song. A very spirited set to be sure and hopefully a predictor of great things to come for this weekend.

Audio from Depth Quartet (use the arrows to toggle between songs.)

The late night set was supplied by the trio called The Z3. This is an all Frank Zappa / Mothers of Invention tribute with an incredible lineup. Keeping up with the tradition of Creek members on the bill it is Bill Carbone on drums and vocals, Tim Palmieri (of the Breakfast and Kung Fu) on guitar and vocals, and Beau Sasser on keyboards (Kung Fu, Alan Evans Trio, Uncle Sammy, and his own Beau Sasser’s Escape Plan.) They throw down serious funky jams of Frank Zappa material.

This is a fun party band despite the complexity of the material. Their ability to hang with such a tough song book and keep a wry and sarcastic wit about them means that they are a great study of the master Zappa, and have a perfect attitude for his material. They covered a wide range of songs including Willy the Pimp, Pinky, one of my Zappa favorites Camarillo Brillo all the way out to 50/50 and the show closer Happy Together in the style of the live Mothers of Invention Fillmore East classic recording.

Palmieri was in a teasing mood for sure. He was nicely illustrating the similarities between Frank Zappa’s material and those of modern jam bands like Phish with a nice First Tube tease at one point. And then I’m certain that I heard him go from tease to full on vocals with Free’s All Right Now. It was keeping us all on our toes.

At one point Scott Murawski came on stage during an extended Titties and Beer in which Palmieri was playing the main character and Bill Carbone was playing the Devil. Murawksi accompanied Palmieri on Palmieri’s guitar, trying to come up with some weird Twister way of playing it- and it was mostly a goof for the crowd who ate it up. The band battled their way through some technical challenges and threw down a sweaty and amazing show, the perfect three band warm up to Camp Creek and a whole weekend of fun and sun.

Audio from the Z3 cabin set:

We will have more reviews and recordings, keep your eyes here! 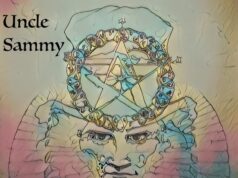 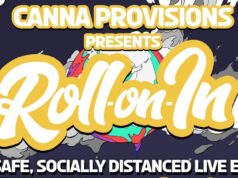 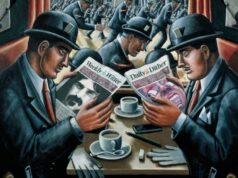 Project/Object Loves their Mothers of Invention