The theatrical experience dedicated to all things Bowie will perform three of the fallen artist’s albums in their entirety over two nights at the Chapel, a venue in San Francisco’s Mission District. 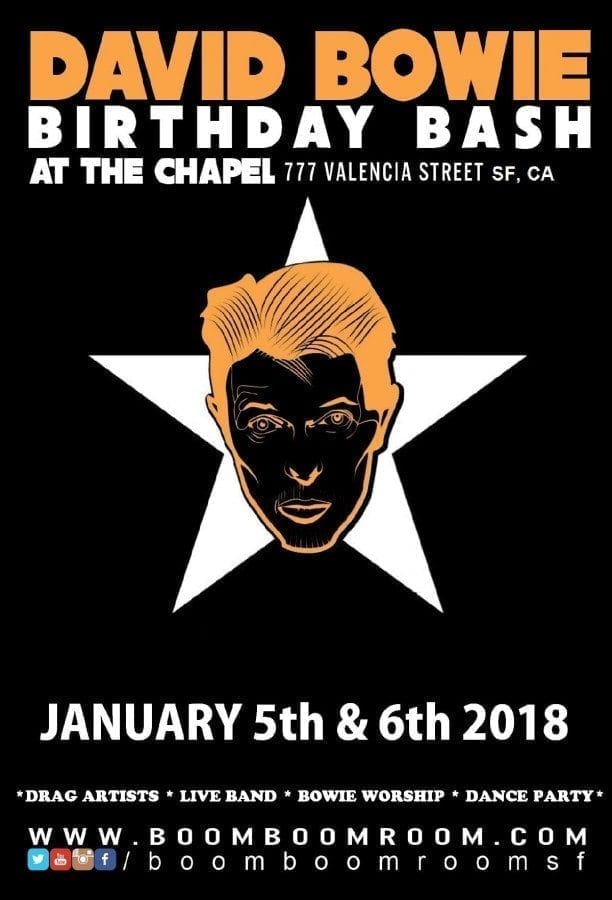 Like many devotees of David Bowie, I was absolutely heartbroken when I heard of his unexpected passing in January 2016, just two days after his 69th birthday. My best friend Amanda Bee, who spends most of her time in the Bay Area, was devastated too.  Shortly thereafter, she informed me there was a strange and wonderful party that celebrates David Bowie’s birthday- January 8th- and now death day- January 10th- in San Francisco. The annual experience goes by the name of the First Church of the Sacred Silversexual, a veiled reference to Bowie’s song “Moonage Daydream”:

“The Church of Man, love Is such a Holy Place to Be”

This year, the First Church of the Sacred Silversexual will perform its 7th Annual Bowie Birthday Bash for two nights at theChapel, a former church in the heart of the Mission District in San Francisco. The first night celebrates Bowie’s magnum opus The Rise and Fall of Ziggy Stardust and the Spiders from Mars and the collective will perform Station to Station and Let’s Dance on the second night. The whole shebang starts on Friday, January 5th and resumes on Saturday, January 6th.

Critics have described the experience as “a glittery entity all its own. Raucous and roiling with glam-rock glee, it’s an orgasmic sensation of all things David Bowie wrapped in tinfoil and pumped full of sparkly gospel soul. The boisterous crew of theatrical musicians and singers packs onto stages and blows the Bowie horn: All ye who enter here, know the Thin White Duke’s (or Ziggy Stardust’s, or Aladdin Sane’s) name. The oft-adoring crowd, with lyrics sheets in hand, responds in time. It’s a Suffragette City spectacle that ‘tap dances on the lines between religion and revelry, beatitude and blasphemy, rock show and revival.’ Wham, bam, thank you ma’am!”

If the description and video alone aren’t enough to convince you, then I don’t know what to tell you. Do you even Bowie, bro? All this humble journalist has to say is, I’m going to in attendance for both nights and couldn’t be more excited to celebrate Our Starman’s time on this planet. You can buy tickets HERE. RSVP to the Facebook event HERE. To submit a story or to just say hello, email us at [email protected] Check out the Live Music News and Review.com Facebook page for updates and announcements. 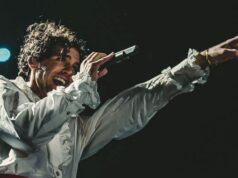 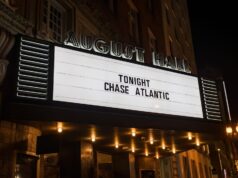